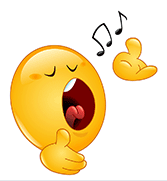 The story goes that a young mermaid dreamed of walking on land so she could meet a human prince with whom she had fallen in love.  The only way for her dream to become realty, though, was to make a deal with the sea witch.  It took some convincing but the sea witch managed to talk the mermaid into trading her beautiful voice for a pair of legs.  Once a contract was signed, the witch brewed up a potion in her cauldron while casting a spell that grew into a whirling vortex of magic.  “Now sing,” the witch demanded of the mermaid.  The swirls of evil grew larger and larger as a beautiful aria filled the air.  Then, from out of the cauldron came two vaporous arms that reached for the voice of the young mermaid.  Knowing she had almost obtained her prize, the sea witch screamed, “Keep singing!”  The slender-fingered mist plucked the beautiful voice from the mermaid and the sea witch broke into a diabolical laugh as the mermaid was transformed into a human.¹

Do you remember that movie?  You may not remember that scene but every time I find myself trying to teach my kids at church a new song, I feel like that sea witch.  It takes a whole lotta coercing sometimes to pull those sweet voices out of those kids.  I am constantly saying, “Keep singing!” or “I can’t hear you!”  They roll their eyes and groan as I play the song “just one more time” for the fifth time in a row.  And the deals I have to make…. Well, these kids ought to have a mouth full of cavities due to all the gum I’ve had to give them!

So, why do I do it?  Why do I go through all the trouble and frustration?  It’s simple.  The Bible tells us that the praises of infants and children cause our enemy to be silent (Psalm 8:2).  We have a great enemy out there doing all He can to get the attention of our children.  He is making deals with them left and right and our kids are signing his contracts, trading their souls for temporary treasures.  I believe that if our kids are armed with God’s Word, if they are singing His praises, then it becomes very difficult for them to hear the devil’s lies. Even more, when our kids are singing praises to God, they are actually silencing that old adversary of ours.  Their minds and hearts are so filled with the praises of God that it leaves no place for the devil’s schemes.  When the kids are singing, the enemy can do nothing but shut up and leave!

What’s that I hear?  The sweet sound of children lifting up God’s name?  Ha, you old devil!  Who’s SMILING now?